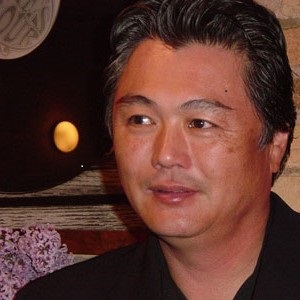 Of Mura’s first novel, Famous Suicides of the Japanese Empire, Junot Diaz wrote: “There is no writer that dives deeper (or more bravely) into the chasm that is the human heart.” The author of nine books, Mura moves nimbly amongst genres: fiction, poetry, essay, performance art, and Diaz’s sentiment is apt at every turn. In each creative outing there is evidence of Mura’s bravery.

Forthcoming is a collection of Mura’s essays entitled, A Stranger’s Journey: Race, Identity, and Narrative Craft in Writing, published by University of Georgia Press. In it, he addresses the increasing need for diverse American literature. Mura focuses his lens on a more inclusive and expansive definition of craft, particularly in relationship to race as he elucidates general rules of narrative construction in fiction and memoir.

Mura also devotes time to teaching at Voices of Our Nations Arts Foundation (VONA), the only writers’ conference in the country with a multi-genre focus on writers of color as students and teachers. Additionally, he has taught at the University of Minnesota, St. Olaf College and the University of Oregon.

We were very lucky to catch up with Mura to talk about his new book.

Such literary judgments embodied the same prejudices and biases that formed the basis of other exclusions of people of color in other areas of culture and society. If you as a white reader or critic are ignorant of the critiques of white racial bias and the ways that bias has functioned in our history, how can you judge the literature of people of color?  If you as a white reader or critic are ignorant of the traditions of writers of color, how can you presume to judge that literature properly?  As Richard Wright once remarked, black and white America are engaged in a struggle over the description of reality. Obviously, literature, which describes our reality, is part of this struggle. Yes, Martin Luther King stated that a person should be judged by the content of their character and not the color of their skin, but what many people miss is the very real possibility that white people, even well-meaning liberals, are not able to judge the character of people of color because white people are unaware of their own racial biases (c.f., implicit or unconscious bias) and are unaware of how racial experiences have shaped the character of people of color. The same goes for our literature.

In one of the essays in my book, I examine the convention which implicitly states if the race or ethnicity of the character is not indicated, the character is white. This establishes whiteness as universal default. Presumably this is in part because white people are in the majority. But what will happen when white people are no longer the majority? Moreover, this practice presumes that being white isn’t important to the character’s identity, nor is it important to what their experiences have been. Now, this is one way of looking at a white character, but it is not the only way of looking at a white character; certainly, it is not the way many readers and writers of color look at white characters. Moreover, this literary practice is implicitly a political position: the character’s whiteness doesn’t have anything to do about their life—which, to me, is nonsense. This white character doesn’t have a racial identity but I do?  In contrast, both explicitly and implicitly, writers of color examine how the race and ethnicity of their characters affect the character’s sense of identity and life experiences and family history. That is an entirely different viewpoint of how race functions in our society and not just in our present, but in our history.

In the workshop, “Writing on Race,” that I co-taught in the Stonecoast MFA program, we found that a study and investigation of race in literature not only improved the work of writers of color but also of the white writers. The white writers became more fearless, more willing to explore difficult or painful issues, expanded their understanding of their lives and history, discovered gaps in the ways they understood themselves and their identity, their families, as well as society and history in general. The realities and narratives they explored in their work became more complex, more expansive, more inclusive and more ambitious. They also became more literate and better read, and discovered not just one or two new works, but sometimes a whole tradition of new literary works and thought.

You write that we live in “an era when strangers are encountering strangers daily, making each of us stranger ourselves.” Do we accrue strangeness via our encounters with the non-familiar? Do we become strangers to ourselves? Could you discuss how writing has helped you on your stranger’s journey?

“The question of identity is a question involving the most profound panic–a terror as primary as the nightmare of the mortal fall. This question can scarcely be said to exist among the wretched, who know, merely, that they are wretched and who bear it day by day–it is a mistake to suppose that the wretched do not know that they are wretched; nor does this question exist among the splendid, who know, merely, that they are splendid, and who flaunt it, day by day: it is a mistake to suppose that the splendid have any intention of surrendering their splendor. An identity is questioned only when it is menaced, as when the mighty begin to fall, or when the wretched begin to rise, or when the stranger enters the gates, never, thereafter, to be a stranger: the stranger’s presence making you the stranger, less to the stranger than to yourself. Identity would seem to be the garment with which one covers the nakedness of the self; in which case, it is best that the garment be loose, a little like the robes of the desert, through which robes one’s nakedness can always be felt, and sometimes, discerned. This trust in one’s nakedness is all that gives one the power to change one’s robes.”

As a writer I’ve taken this as my credo. I must constantly be prepared to question my own conception of my identity. In 2017, my fellow writers and students now come from backgrounds that are multi-racial and whose origins stem from all over the globe. And as I get to know them, I must begin revising my knowledge of the world and my perspective on my place within it. But of course, it’s not just writers; it’s my whole community. There are 150 first languages in the Minneapolis school system; my kids went to a school that was twenty percent Native American, twenty percent Latino, twenty percent black and East African, ten percent Asian and thirty percent white.

I’ve also challenged myself to be in places where I may be the only Japanese American—not very hard—or the only Asian American, to enter other villages and communities, settings where I am the stranger. These include cultural experiences—art events, readings, nightclubs— and community events, as well as work I do with schools, and of course travel. I became a writer in part because I hate to be bored, and my curiosity about the world and others has informed both my writing and the way I live my life.

Poetry, fiction, essay, performance, journalism… How do you make this juggling act of genres work for you?

Early on, I chose as models writers like Yukio Mishima, Brecht, Marguerite Duras, Pasolini, Jon Berger, writers who wrote in many different forms. They gave me a greater sense of the possibilities of what I could do. Moreover, part of the reason some of these writers wrote in different forms was that they saw a relationship between literature and politics, and that was a conjunction I was vitally interested in.

Beyond that, I subscribe to the Jungian model of the psyche, which is polytheistic. That is, we all contain many different gods, many different voices. I tell my poetry students—don’t just write one type of poem; try as many different forms and ways of writing as possible. You don’t know what form or way of writing you might be good at until you try it. You don’t know if a new approach—form or type of language—might provide new insights to the subject you’re obsessed with.

I started out as a poet. But when I was in Japan for a year on a fellowship, I realized that if I waited until my experiences distilled into poetry, I would miss writing about a lot of what I was experiencing, thinking and feeling. Moreover, outside the pressure to high-power the language into poetry, writing prose allowed me to explore my own psyche in a deeper way and, even more importantly, to explore how my being Japanese American affected not just who I was, but who my parents and my grandparents were.

When I wrote my first memoir, Turning Japanese, Garrett Hongo was writing his memoir, Volcano, and Li-Young Lee was writing his, The Winged Seed. Garrett remarked to me that we were all trying to provide the cultural, historical and in my case, political context to our poems. The mainstream culture didn’t include that; we had to create it on our own.

Incidentally, I ended up writing a play based on The Winged Seed, and when it was performed, I played Li-Young Lee’s father. After the premier, Li-Young said to me about my portrayal, “David, you were scary” [as my father]. Acting can be a way of understanding material; I never quite understood Chekov’s genius until I acted in a Chekov play. And of course, doing performance work and acting has helped me as a reader of my own work.