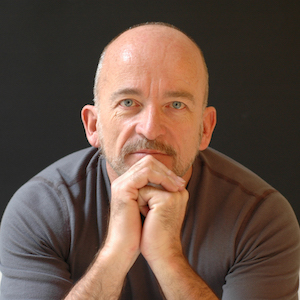 Mark Doty is the author of nine books of poetry, including most recently Deep Lane; A Swarm, A Flock, A Host: A Compendium of Creatures; and Fire to Fire: New and Selected Poems. He is also the author of six books of non-fiction, including Heaven’s Coast, a memoir about the death of his partner Wally Roberts, Still Life With Oysters and Lemon, a meditation on the importance of objects, and The Art of Description, a series of short essays about descriptions in poetry. His book of poems My Alexandria, which was published in 1993 and focused in part on the AIDS crisis, won the National Books Critics Circle Prize, the Los Angeles Times Book Award, and the T.S. Eliot Prize. Doty received the National Book Award for Fire to Fire: New and Selected Poems. He has also been the recipient of Whiting Writer’s Award, the Witter Byner Prize, the PEN/Martha Albrand Award for first nonfiction, as well as fellowships from Guggenheim Foundation, the Ingram Merrill Foundation, the National Endowment for the Arts, and the Rockefeller Foundation. His work has appeared in The New Yorker, Ploughshares, The Paris Review, The Gettysburg Review, and Bayou Magazine, among others.

Isabelle Barany spoke with Mark Doty about the art of looking, writing paradox, and why he believes in “cultivating a salutary sense of strangeness.”

Your work often celebrates the act and art of looking, especially at the inanimate. In Still Life with Oysters and Lemon, you write, “Say what you see and you experience yourself through your style of seeing and saying.” Today, what’s an object that you’ve really looked at?

It’s very early spring here, at the eastern tip of Long Island, and my garden looks pretty wintry, but down at ground level there’s much swelling and emerging. A plant that fascinates me, Crambe cordifolia or giant maritime sea kale (one great name, no?) is sprouting. When fully emerged, it’s a big strapping thing, but right now what you can see looks like a clutch of the heads or tails of fat lichen–green worms. On Friday, these each had a compacted ball of red leaves right in the center, held as if in an open mouth. Today, Monday, the greenish tubes are crumbling and the new wine-dark leaves are butting up out of the earth beneath them. How they got from one position to another is beyond me – such an unlikely way to grow.

I am struck by the use of paradox in your work, by how coherent and compelling those contradictions are.  For instance, in your poem, “The Wings,” you write, “The rule / of earth is attachment: / here what can’t be held / is…Or more than that: / your story, which you have worn away / as you shaped it, / which has become itself / as it has disappeared.” Will you talk some about what you’re up to there?

Thank you. I believe in paradox as a means of approach to experience. I think what you kindly describe as “coherent and compelling” is the result of me working to try to explain something to myself. The world abounds in paradox. Each fish in the pond is a singular self; no self is separate from its school or kind. Both seem to be true, and the tension between these statements points toward a way of thinking more like reality than certainty can be. It’s a relief not to have to choose one side of the argument or another. If I can state a paradox clearly to myself, then it’s more likely that I might, if not understand it, live within its terms with a bit more grace.

In your poem “Demolition,” you write that you now understand a mistake with a sense of “passion and exactitude.” I think that this phrase—passionate exactitude—is an apt way to define your descriptions. I imagine you deeply looking into or at an object for an entire day and fashioning a complete poem on the spot.

Of course, I suspect that can’t always be the case. In your poem “Two Ruined Boats,” you even write, “This poem’s a distillation / of a thousand morning walks, / and by the time I wrote this down, / in truth, my twin tokens, / my brave features of persistence / were swept clear away.” Will you talk some about retaining intellectual and emotional specificity in these recollections?

A poem which demonstrates in an extraordinary way the power of descriptive recollection is Elizabeth Bishop’s “The Fish.” No one could hold “a heavy, grunting weight” (as she describes the creature) in the air long enough to go through the meditative, scrupulous process of examination the speaker in that poem does; in recollection, she’s free to ramble over the surface of the fish randomly, to imagine its interior, and to generate a raft of similes and metaphors to try to “catch” it again, this time on the page. That’s why the poem is written in the past tense; it’s a record of perception returning to and re-entering a moment. Perhaps you could say that when you return to an experience, and attempt to render a version of it in language, you’re reliving that moment, entering it more deeply than you did the first time.

Much of your work concerns appearance, artifice, performance, and style. In other interviews, you’ve spoken about how these fascinations may be influenced by your queer identity—an appreciation for how there’s often a gulf between what a person seems to be and what they are, as well as an understanding of how being someone else might sometimes be the best or safest way to be yourself. In reading your work, I’ve noticed how so much of your writing is packed with double, triple, quadruple meaning, and I wondered if this may be another manifestation of queerness.

Certainly! From the time we’re small children we’re concerned with what lies beneath, trying to make out what shapes the world around us. I always felt my parents were hard to know, though they were right in front of me, and from the time I was quite young I was aware that there were things I might express freely and things I might not. I learned to police myself – both because I was a little gay boy who was learning to conform, more or less, to expectations of masculinity, and because I came from a family in which there were buried shoals, so to speak. You wanted to navigate carefully, in that household, because there were things that weren’t talked about, and odd griefs, and directness wasn’t welcome.

Sometimes what begins in avoidance becomes the foundation of a style, and so is transformed.

Wallace Stevens avoids emotion and winds up pointing toward a great deal of it; Elizabeth  Bishop cultivates privacy and by involving in a very narrow slice of the present (studying that famous fish, say, as she holds it up the air over the water) achieves a genuine sense of intimacy.

In The Art of Description, you describe being queer not as a sexual orientation, but rather as an “artistic temperament,” writing, “I’d say that it’s a fundamental sense that the project of being alive is something peculiar, little understood.” I’m wondering—do you believe that this sense can be consciously cultivated and nurtured? If so, how?

Social life, I suppose for the general convenience of all, tends to work toward a sort of general consensus, something like the people on the bus in “The Moose,” who say, “Life is like that. We know it. Also death.” These kinds of assumptions flatten experience by taking the real for granted. I’m in favor of cultivating a salutary sense of strangeness; to be reminded of the peculiar, and how decidedly uncertain we are about so much, is a way of remaining awake. The Times this morning offered an image of the 3D map astronomers have made of our galaxy in the shape of an ellipse, inside it some 1.3 billion stars. The galaxy, from a distance, looks like a piece of that kind of Chinese agate that in turn looks like traditional Chinese landscape painting.

Or like a sapphire cut in an oval shape to be mounted as a ring, with a wild band of light shot through the center. That’s where we live.

It seems useful to look for those activities that present us with engaging experiences of not knowing what we’re looking at. Gardening is one of those for me. Not so long ago, walking in the back of the garden at night with a flashlight, I came upon two entangled slugs, hanging by a single thread of their own producing. Suspended there, they looked like an upside-down caduceus, their long bodies wrapped around one another up to the – neck? From an opening in each head protruded what looked like an ice-blue branching antler made of gelatin. It wasn’t until later that I learned these were penises, and that the two hermaphroditic slugs were in the process of fertilizing each other’s eggs. But I needed no website to inform me that what I was seeing was erotic transport. I’ll never see slugs in the same way again, nor think that the sort of pleasure which leads toward an experience of transcendence is one granted to our species only. The world is full of opportunities to be taken off guard.